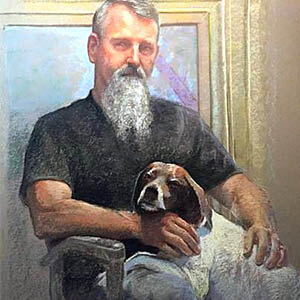 Wayne Campbell won his first art contest at the age of 12 for a portrait of Jesus. Known for his pastel portraits, Wayne has won numerous awards, including several People's Choice awards, Best in Show awards, and awards at the T.C. Steele Great Outdoor Art Contests. Wayne's first studio was in Waldron, Indiana. In this studio, Wayne painted and held workshops in oils, pastels, and acrylics; loose, impressionist, and realism styles. Today, Wayne still hosts workshops for fellow artists. Painting is Wayne's way of relaxation, and it gives him a sense of purpose.